When my sisters and I first made it to the end of the 2008 BBC miniseries Sense and Sensibility, we were crying and smiling and gasping, “Where is that filming location? We have to go!”  Some internet research showed us that the Dashwood’s cottage is a real place: Blackpool Mill Cottage on the Hartland Abbey estate, on the Devonshire seacoast in England.  I immediately added a visit to Hartland Abbey to my bucket list.

Finally, on my second visit to England in 2019, I was able to fulfill a 10 year long dream and visit the gorgeous Hartland Abbey Estate.

We arrived at Hartland Abbey on a summer weekday morning.  A couple of the roads we drove getting into the area were extremely narrow, but since we had already been in Devonshire for several days, we were starting to get used to it!  There was plenty of parking on the lawn behind the Hartland Abbey manor house. An attendant manned the check in booth where one could buy tickets to the grounds, the house or both.  They also sold fresh garden produce from their very own garden!

It was less than a mile walk through the estate, past sheep and donkeys, through lush undergrowth, to the sea.  As I came to the rise in the land, just before the road dipped down to the cottage and the sea, tears welled in my eyes.  It was all so beautiful and made me feel especially connected to one of my favorite Austen heroines, Elinor Dashwood!

Blackpool Mill cottage itself is available for rent, so one can’t go poking around the building itself, but we were able to picnic on the bluff overlooking the cove that is featured in the movie.  The Southwest Coast long-distance path runs by here as well and it was enjoyable to observe the short term and long term hikers making their way by and chat with a few of them.

After lunch, I walked for about 30 minutes down the Southwest Coast path.  I wish I could have gone on and on. The scenery was just lovely and as the path dipped and climbed, I even got to climb over an infamous British stile!

But alas, I couldn’t desert my family, and so made my way back to the car park at the Abbey.  There, we enjoyed a small display about the history of Hartland Abbey along with informational posters about all the films that used the estate for location shots.  Besides Sense and Sensibility, some other famous films include The Shell Seekers, The Guernsey Literary and Potato Peel Pie Society and The Night Manager.  There is also a lovely tea room one can visit.

We learned that Hartland Abbey is very unusual among the great houses of England in that it has remained in the same family, even passing through a couple female lines, from the time of Henry VIII (who seized the abbey from the Catholic church) until this very day!  Lord and Lady Stucley live in the Abbey house itself and open it to visitors for a short period several days a week. We even briefly met Lord Stucley as he was out and about on the grounds! I admire the love and care the Stucley’s put into preserving the estate.

It would have been delightful I’m sure to tour inside the house, but the day was pressing on, so we opted to just explore the grounds before heading on our way.  There are lovely “wilderness” paths around the Abbey itself, and a short drive down the lane, you can find a fabulous walled garden. It reminded me of the “secret garden” of Frances Hodgsen Burnett fame.  Part of the garden is devoted to growing vegetables for the use of the estate and part is devoted to flowers. We were able to chat with the gardener about the care of such a large garden and the challenge of having it ready for guests at all times.

As we drove away, I marveled at the unique history of Hartland Abbey and the foresight of the Stucley family.  How amazing to have kept the estate in the family for centuries and adapt it to modern times, sharing the beauty and peace of the land with visitors in person and all over the world through film!

Visiting tips: rain can come through any day and multiple times a day, even in summer. Always bring a rain jacket and layers when out and about in England! Picnics allowed. The path to the coast is not paved, but rough gravel. You need to be able to open and close gates safely as well. 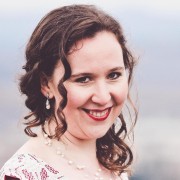 In the month of April, as northwest Oregon … END_OF_DOCUMENT_TOKEN_TO_BE_REPLACED