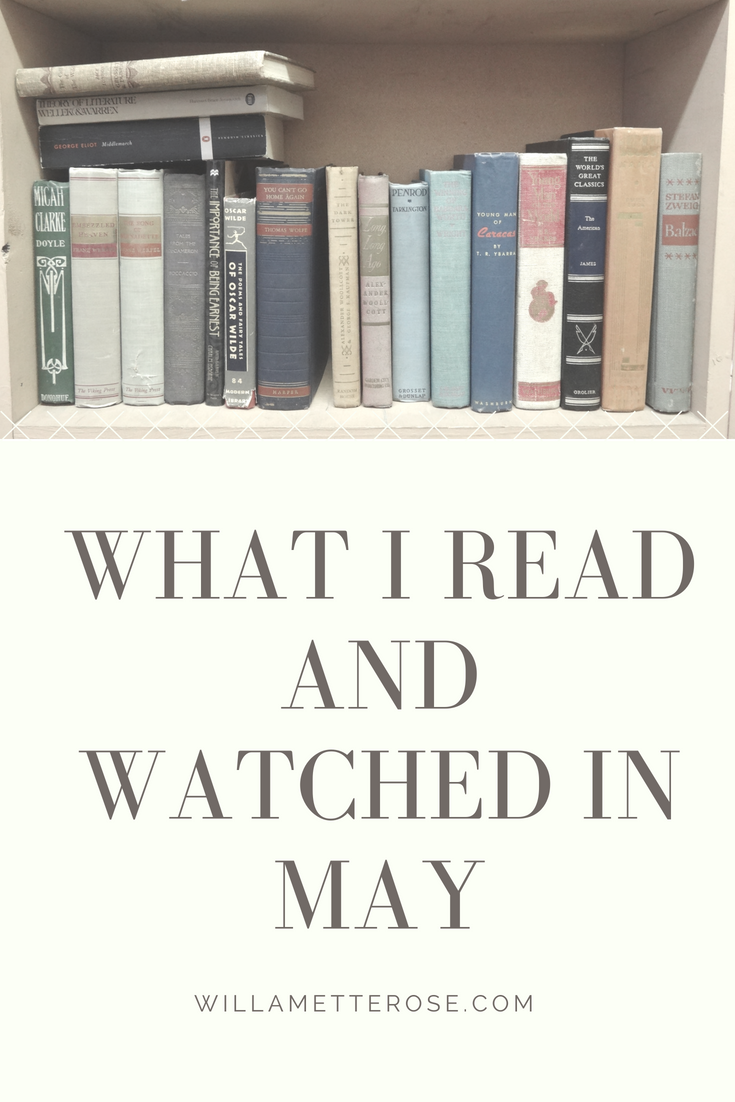 Each month I share my book and movies finds here.  Currently the links are not affiliate links.  As always, opinions are my own.

2018 is the 150th anniversary of the publication of Little Women and I have been waiting with much anticipation for BBC’s adaptation of the classic.  The story of Meg, Jo, Beth and Amy, growing up in war-time Concord, holds a very dear spot in my heart as I too am one of 4 sisters in a tight-knit family.  The struggles and joys of sibling relationships, girlhood and the transition to womanhood were all so relatable. My sisters and I spent our teenage years searching for the perfect movie adaptation.  We watched several old black and white versions, an old BBC version from the 80’s and the 1996 Winona Ryder classic. Although Ryder and company probably did the best job in capturing the spirit of the book in our opinion, there were necessarily many elements missing due to the theater length.

With a 3-hour miniseries format, BBC had time for more details from the original novel.  We get to see Marmee giving her girls special books on Christmas morning, witness Beth’s struggles to overcome her shyness, the summer day on the lake with Laurie’s English friends, tender moments between Marmee and Mr. March, Jo’s first publishing attempts and many more.  Yet, with all these moments that fans will love, the pacing seems off. Scenes are not completed, but jump from one vignette to the next. Some dialogue is excellent, and some is stilted or lacking.

I was surprised how much I loved Emily Watson as Marmee, and the actors playing the girls and Laurie fit their parts well. This is the only movie version that gets Professor Bhaer right in looks and manner.  So refreshing! Angela Lansbury steals the show as the irascible Aunt March.

Despite its faults, I definitely enjoyed this adaptation.  I laughed, I cried and I reveled in re-visiting the home of the March family.  It will be worth watching again and again and I recommend any lover of Little Women or classic literature to check it out!

Tom Hanks plays the captain with a mission to get a large cargo ship of humanitarian supplies down the coast of Africa.  There have been reports of Somali Pirate activity, and Captain Phillips drills his crew in the anti-pirate protocols. Only a couple days into the trip, the ship is boarded by a small band of Somali Pirates.  Most of the crew is able to hide in the engine room and then capture one of the Somali’s to exchange as a hostage for Captain Phillips, who was captured on the bridge after disabling the ship. Everything seems to be going well in the exchange, until the Somalis manage to grab the captain as they depart.  What follows is a tense, international struggle to negotiate for Captain Phillips’ life and the honor of the American Navy. Really well done movie, made even more amazing by the fact that it follows very closely to a true story!

This novel opens with the title character stumbling into a small English village, his life destroyed by his best friend and his heart disillusioned with his faith and mankind in general.  He sets up as a weaver, but withdraws from the society of the village, only focusing on storing up gold guineas. When Marner’s gold is stolen and an infant is abandoned on his doorstep, his life and the lives of the people of the village and manor are forced together in a way no one ever imagined.

Silas Marner doesn’t have an exciting plot.  It is a psychological study of the simple hearted people of a secluded English village, of a sensitive man with a broken heart, of a proud old family and of a golden hearted girl.  It captured my interest and gave me many things to ponder about human nature.

My listen-through of the audiobook version of Persuasion is a nearly annual tradition.  This may be my favorite Jane Austen novel. I identify with Anne, an older single, always striving to do the right thing and barely hoping for a second chance.  I think Captain Wentworth is one of the more realistic Austen heroes. I sense a bit more personality peaking between the lines and he’s certainly not perfect! I particularly wanted to delve into Persuasion again after visiting Bath, England last summer.  It was fun to revisit famous scenes in the novel after I had actually stood on the spots described.

I didn’t realize when I grabbed this book for a light read on the plane, that it was actually the 3rd book of the Ladies of the Manor series.  It wraps up the story of some brave ladies caught up in the drama and adventure centered around the theft of family diamonds. I actually didn’t finish the book.  I might try going back and starting the series from the beginning, as it was enjoyable, but the plot felt a bit contrived and the characters not fully realized. The period setting did not feel natural either.  Yet, many readers would probably enjoy this book.  I happen to be very hard on modern historical fiction.

Marjan is an orphaned cripple who loves to tell stories.  Her hero is Scheherazade, the queen who is saving herself and all the remaining virgins of the kingdom by telling stories to her husband, the sultan, each night.  One day, Marjan has the opportunity to visit the harem and tells a story to some of the children she meets there. When Scheherazade’s sisters hears Marjan, she brings the girl to the queen to give Scheherazade new material.  Marjan relates a story which the sultan ends up loving. The only problem is, the sultan wants to hear more, and Marjan only knows the first part. To save Scheherazade from the Sultan’s wrath, Marjan embarks on a perilous adventure to find the original storyteller.  Along the way she will make friends and enemies and come face to face with her own past.

I listened to this young adult novel many years ago with my family and it was fun to revisit the colorful, dangerous world of Arabian Nights.

In the month of April, as northwest Oregon … END_OF_DOCUMENT_TOKEN_TO_BE_REPLACED